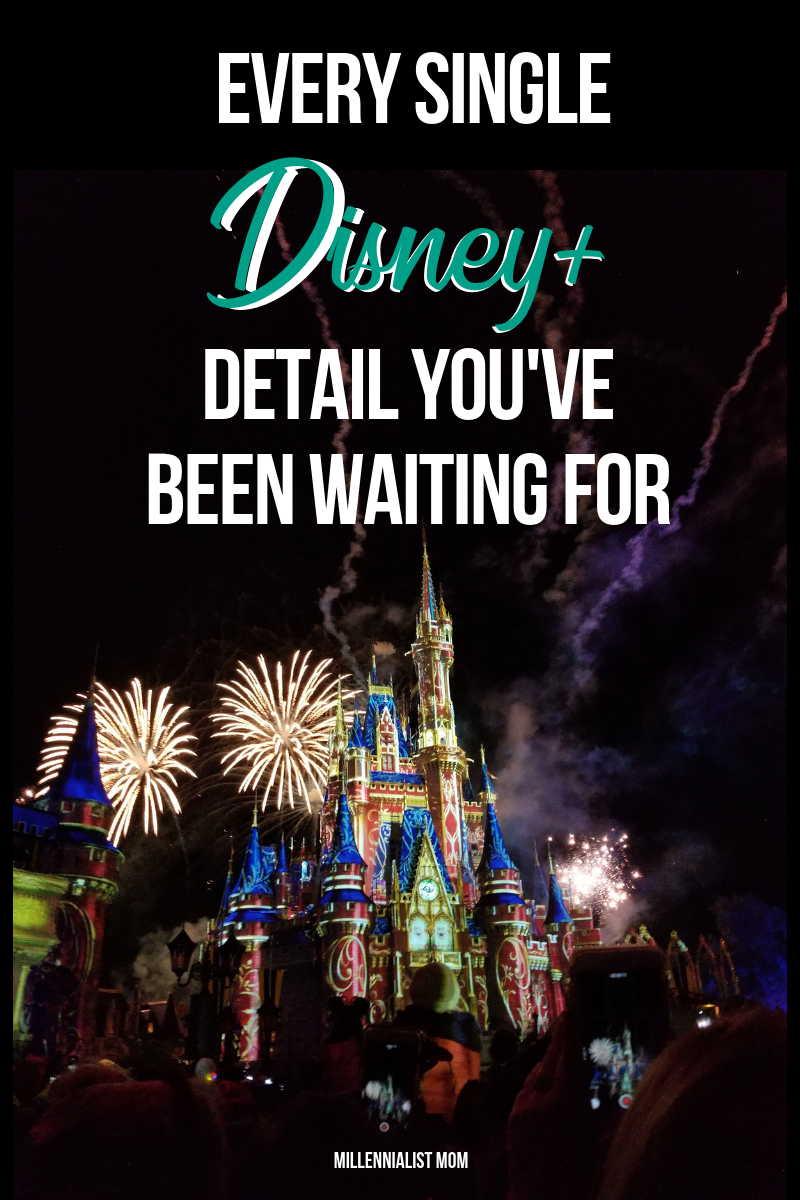 When I heard Disney is ending it’s partnership with Netflix, I almost lost it. Zootopia was my daughter’s *first* favorite movie and my closest encounter with The Godfather, and I owe it all to their happy little marriage. The thought of missing out on regularly released Disney classics on my cable replacement broke my heart. Seriously! Disney consistently cranks out classics then hoards them in The Vault. But that is about to change.

There have been murmurs and social media chatter about this seemingly perfect streaming service for parents and kids at heart. A Disney Streaming service has been in the works since the news of their “break up” went live. It only makes sense.

Netflix, Hulu, HBOnow, and Amazon all have a piece of the online streaming pie. Now the mouse is in the house.

Disney+/Disney “plus” is [almost] HERE!

Last night, during my quiet, dark, mom-time in bed after the fam is asleep, I got the scoop from Yahoo Finance and their contributors! All the rumors have been not only confirmed, but assigned PRICES and RELEASE DATES! I’m friggin’ losing it you guys!!

So I had to share it with you, since you’ll care a lot more than the poor folks who ride the elevator with me in the morning. 🙂

Disney+ or “Disney Plus” is an online streaming service, similar to Netflix, EXCEPT all of the content/movies/shows/videos are Walt Disney Productions.

Clearly it’s amazing and a one-stop shop for families with small children. Our kids will finally be able to live the classic Disney upbringing without worrying about rewinding VHS tapes, destroying DVDs, or storing a Dooms Day preppers sized stash of video content….

Oh, and it will cost LESS than Netflix.

When can I get Disney+?

Disney+ goes live in the US on November 12th, 2019. And it will be debuting with wayyyy too many amazing things.

How much will Disney+ Cost?

The service will cost $6.99 a month of $69.99 a year which is wildly affordable. It’s 33% cheaper than the lowest option on Netflix, and the annual option will save you about $13 over the year.

As of right now, there is no sign of that price going much higher. In fact, the lower pricing is a pretty bold power play over the streaming market.

Even now, as the mom of a young child, I’ve been subscribed to Noggin’ for $7.99 a month and they beat that too!

Disney gets it guys.

What can I watch on Disney+?

EVERYTHING. Not literally, but anything Disney owned/produced. And Disney owns/produces a LOT. Here’s the big list of binge-worthiness:

The original series already sound amazing. From what I’ve heard, there’s a High School Musical spin-off (headed by Kristen Bell, no less) called Encore!, a Scarlett Witch/Vision story-telling, and over 30 more orginal series expected to be released within the first year.

They clearly have BIG goals. And if anyone can make that happen, it’s Disney.

What does this mean for Netflix (and other streaming services)? Disney’s stock reaction!!

Netflix is a world of its own. They have been (and will continue to be) a wildly successful streaming platform. I do not think this will hurt them much, but the increase in options (aka supply) will eventually decrease their consumer base (demand).

Plus… the PRICE! This is what a market is all about. The competition between Netflix, Disney, and everyone else should ultimately drive prices down. Otherwise they face a new version of cord-cutting (maybe we’ll end up hoarding video files on USB drives?). Only time will tell.

In case you missed it, I’m a finance geek and actually got a degree on the subject way back when. I’ve been following the market closely, and here’s what happened.

Within the first 24 hours after the official news, Disney stock has hit a record high.

Netflix stock dropped in the wake of the news. And now ESPN (owned by Disney, lol) is pushing to create ESPN+ for the sports fans. They are the last to cut off cable, but you can say bye to that BS.

Comcast has a date with death, and their customer service is only one of the problems.

Streaming is not a new thing, but Disney does everything right. And I can’t wait to cash in on November 12th!!

Personally, I’ll be watching these 3 first.

Which movies are in your Top 3 to watch first?!

« 6 Crucial Tasks you Should Do Before Investing
Emergency fund 101: opening a high yield savings account in 5 minutes »