I finally had the VBAC I envisioned and hoped for! It’s a big ol’ story you can read here, but I owe it to my fellow VBAC hungry mommies to share what I believe helped me get there.

After my c-section, my intuition was bruised. I can’t explain it without saying I just know my body is capable of natural childbirth. So to have several professionals tell me I’m wrong and was probably going to die in the process did not feel right. I am not a childbirth professional, but from my “research” that gut feeling and strong desire is the first necessity before attempting a VBAC. 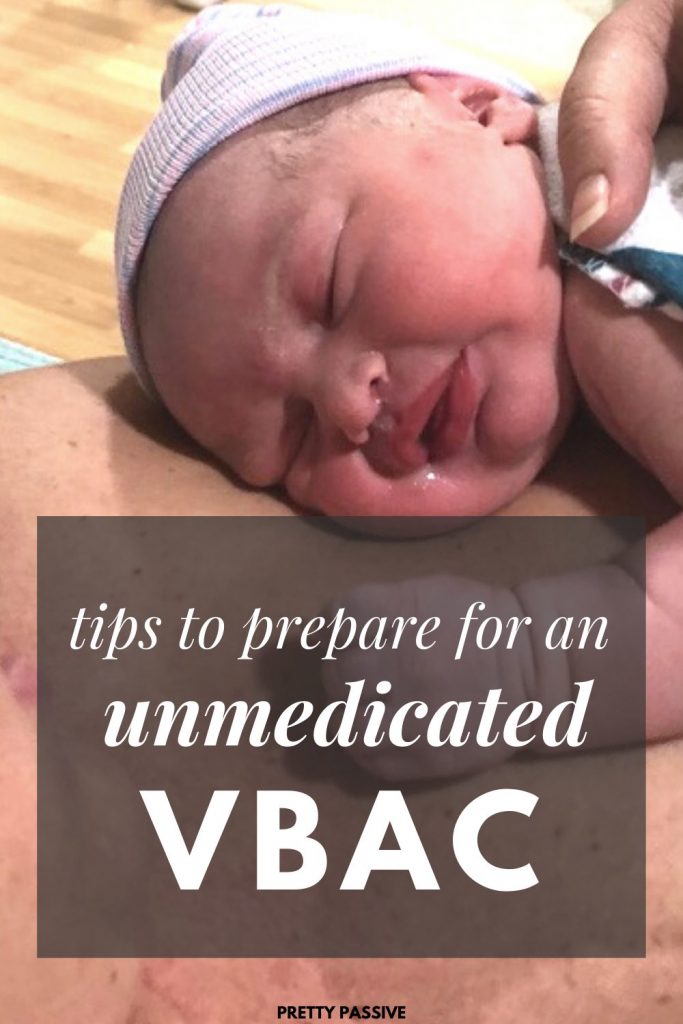 Ok guys, that little heading is entirely my opinion. But I’m also obnoxiously confident about these tips and their impact on my VBAC journey. I’m not sure it would have worked out for me if I had forfeited any of these.

I know this sounds like some woo-woo garbage, but between the flood of hormones and fear of childbirth, you gotta keep your head up. No matter which way it goes it will be beautiful, but if you have that gut feeling you could be swayed to ignore it..! I spent my entire pregnancy hearing that I should give it up, and I accepted that it might not end the way I wanted it to. But I never let go of the possibility that it could.

The buck doesn’t stop there though. Finding a VBAC-friendly AND vaginal birth positive physician makes all the difference. The International Cesarean Awareness Network (ICAN) has a public database with local providers you can get to here.

Most of my doctors weren’t hopeful or even slightly supportive, but even that couldn’t get me down (and ultimately still ended with a VBAC 😜 ). I can’t help but consider their perspective, and it only makes sense that they’d want to avoid as much “risk” as possible. Also, if it was my job, I would want a more predictable schedule. And maybe that’s why I’m not an obstetrician! They may know what’s “best” but at the end of the day they are providing a service which I am paying for so I held onto my wishes.

Most people I came across couldn’t understand why I would ever want such a thing, and I wore that as a badge of honor. Instead of letting people scare me away from what I know I want, I treat it like a challenge I get to overcome.

The bright side of COVID was my dream work from home pregnancy, and with that came my dream pregnancy wardrobe (leggings 24/7). I was still crazy busy with work (maybe even busier?) and my studio closed to slow the spread, so I didn’t get to do as much yoga as I would’ve liked. But every day or however often I could squeeze it in, I spent at least 5 minutes in some key poses until my belly got in the way!

If you can attend an in-person prenatal class then definitely try to! There is no comparison to a guided

I was told that my pelvis might not be big enough to have a baby naturally. Dr. Google says you can’t make your pelvis bigger, but I also wasn’t buying the small pelvis claim. I worked up to some really deep hip opening poses and at the very least they felt soooo good on my pregnant hips. My favorite prenatal pelvic/hip openers are:

This is some freaky business, and it isn’t easy. But with all things yoga you only push yourself as far as you’re comfortable (at most).

The first time I saw it I was like “NOPE”. It’s awkward at best, compromising at least, and definitely best performed in private lol. But I never felt a stretch so good. I got into this as often as I could, and actually I think I’m going to do it when I take a break from writing this. 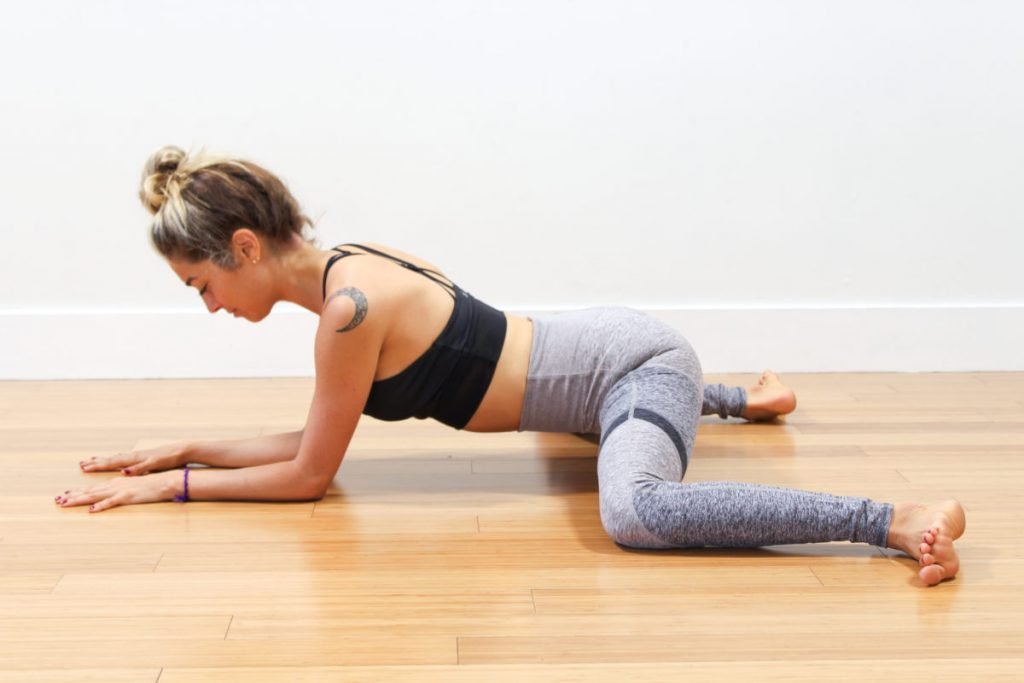 This pose is deep, but a lot more relaxing than frog pose. The best place to start is with your back up against a wall. Your legs can be as far apart as you need them to be, but the idea is to use your elbows to breathe your knees back. 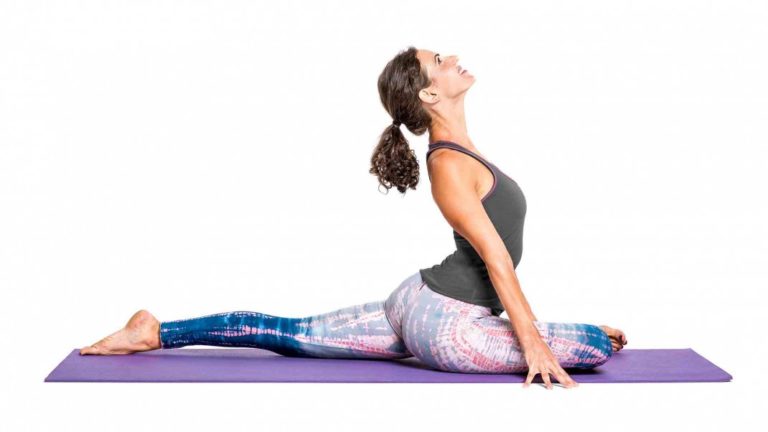 Well not too many, but I would have done a thousand more if I had known how much strength is required for pushing. I seriously felt like I had been deadlifting after baby boy came out. It was a workout in and of itself.

I would crank out around 30 throughout the day (10 here, 5 there) and eventually dwindled down to 5 in total ha! Same with pushups. I worked up to 20 in one fell swoop! That’s more than I’d ever done in my entire LIFE let alone during a pregnancy. It felt good, and then my belly started hitting the ground without even bending my arms.

Take advantage of the simple exercises while you still can!

Expressed my desires to everyone

When I was job hunting after college, I was advised to network by mentioning my job hunt to everyone. The idea is that making it known to everyone around you, you’re also reminding yourself but more importantly reminding the universe/god/opportunity that you are actively searching for it. I’m totally into that. It’s like publicly praying for what you want instead of keeping it to yourself and wishing for it every night.

In the spirit of manifesting/the law of attraction, I spoke my VBAC into existence. Whether you believe that or not, you’re right. I honestly spoke about my confidence in my body’s ability so much that I wholeheartedly believed it. And it turns out, I was right?!

Between all the haters, I never lost sight of what my dream labor would look like (from my POV) and just kept trucking along with my spiel. It sounded a lot like this:

“I really want to do this”

All of those things came true. Coincidence?!

Between my doctors, Dr. Google, other first hand VBAC stories, and the Business of Being Born which is arguably a cult classic at this point, I wrapped my head around every risk in the book.

On top of that, I picked every brain in my doctor’s office about my personal file from my first delivery and what went wrong. I wanted to know everything they knew and what information they were using to discourage my chance at a VBAC. That made the risk much more palatable.

They’re quick to let you know the risk of a VBAC but hesitant to discuss the risks of a c-section. Just saying.

So as you probably read, I did not do this, but I scored a doula-like nursing staff who saved the birthday. I would absolutely pursue and pay anyone who had the same confidence in me as I do, spouts the same positivity, and knows their way around labor pains!

From what I understand, the doulas double as a labor masseuse with all the tricks up their sleeves. My husband did not.

I am so grateful to have the experience in my personal dossier. I believe having babies is such a tremendous event for every woman and we deserve to have more of a say than traditional doctors would let us believe.

If you want to go full blown primal with an unmedicated VBAC like me, then you have my support 10000% and I am forever in your corner cheering you on! But at the end of the day, you know your body better than anyone. If you trust your doctor and feel uncomfortable with your outlook at any point during delivery, then there is no shame in calling it quits.

Obviously the ultimate goal of childbirth is to go home with a healthy mom & baby duo. However you get there is the beauty of your story, no matter how unpredictable or other-than-ideal it may be.