Welcoming a newborn baby home is complicated. But even the most prepared parents are in for some surprises. Newborns are riddled with quirks that fade pretty quick, but they can freak out even veteran parents because nobody talks about them! And everything is quickly forgotten from that hazy phase.

Here are the weirdest newborn quirks during those first couple weeks. 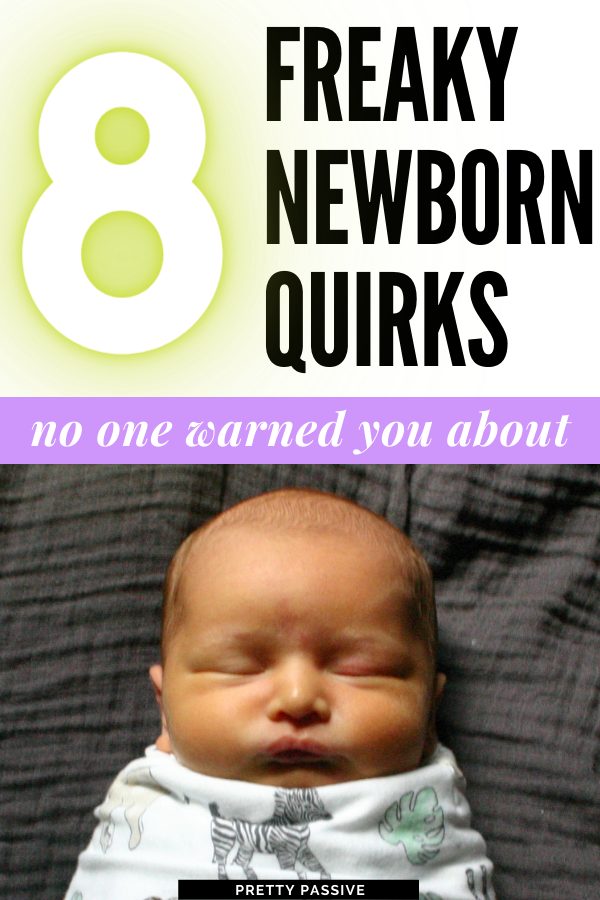 1. So many strange sounds

Newborns are noisy! You’re probably thinking “duh, babies cry” and we all expect babies to cry, it’s one of the characteristics they’re best known for. But newborns are very easy to please so the crying isn’t too often.

Instead you’ll hear tons of Dinosaur like grunting and uncomfortable sounds from gas or the fact that they have no idea what all these sensations are outside of the womb.

it’s so strange because… what? But it’s true.  Newborns have no idea how to poop at the beginning there. The instinct isn’t as instinctual as we imagine, and they might need some help. Either with little bicycle motions or other movements.

Your medical provider will give you a general what-to-expect dirty diaper guide, and by day 3 you know to expect at least 3 poops so when they don’t happen, they might need some help.

Like 20 hours a day. Seriously. They’re so sweet and everyone wants to play with them, but they’re just like nahhh. Nap time is all the time. And it’s scary!

Dr. Google will let you know about plenty of other scary things that could be the case. Sleepy baby syndrome, for instance. It sounds exactly like what this could be but it’s also horrifying and SIDS-like and ahh!!

Our pediatrician was very reassuring that super sleepy babies is normal, and he said he only had one case of SIDS in 18 years and it was likely from stomach sleeping 💔

Like a snake and it’s freaky. After all that time submerged in the uterine spa bath, they come out and shed so much skin. It is expected to peter off around the 2 week mark.

we were super flaky for longer, it seemed, but I just kept baby oil nearby and gave him little massages and bicycles!

Scared the crap out of me! Strong shivers from a shaky leg to a quivering lower lip are apparently normal?

6. They can’t see much of anything

During the rare moments that baby opens his eyes, the focus is not there whatsoever. It’s like looking into a little baby abyss. The poor things might be able to let you know they don’t like the sun in their eyes or look around to let you think they’re staring, but it’s all blurry blobs and shadows.

After the first 10-14 days they can start to get a good glimpse of your face at around 10-12 inches away.

7. They don’t have any baby fat yet

When I imagine babies, I see them as little mushy Michelin men. But those sweet rolls take a little while to pack on. Maybe 3 months or so?

8. They pick a favorite head side to roll onto and it needs to be moderated

I can’t believe how much stress goes into head shape, but after they’re born there is an alarming amount of skull movement to come. Because of that, newborns need some help during the hibernation-like nap from those first several weeks.

If you pay close attention, your baby has a favorite side that their head will roll to when they lay flat. We were advised to help him alternate sides with each nap to avoid a flat spot on one side of his head. Bless those sweet little egg shaped heads.

The newborn phase is the sweetest phase

Consider this another thing nobody talks about. Don’t get me wrong, the sleep deprivation is real and the process of meeting and being immediately responsible for 100% of a brand new person’s wellbeing is a challenge. But goodness gracious the newborn period is full of so much sweetness and is so short lived.

So in between diaper blowouts and confusing screaming fits, do yourself a favor and try to enjoy those freaky little quirks because they will be gone before you know it. And since nobody talks about them, it’s all too easy to forget exactly how sweet they can be.❤️

Shocking Realties from the First Week Home with Baby

How To Introduce a Dog to a Newborn

How to start pumping before going back to work

The Ultimate List of Things To Do on Maternity Leave 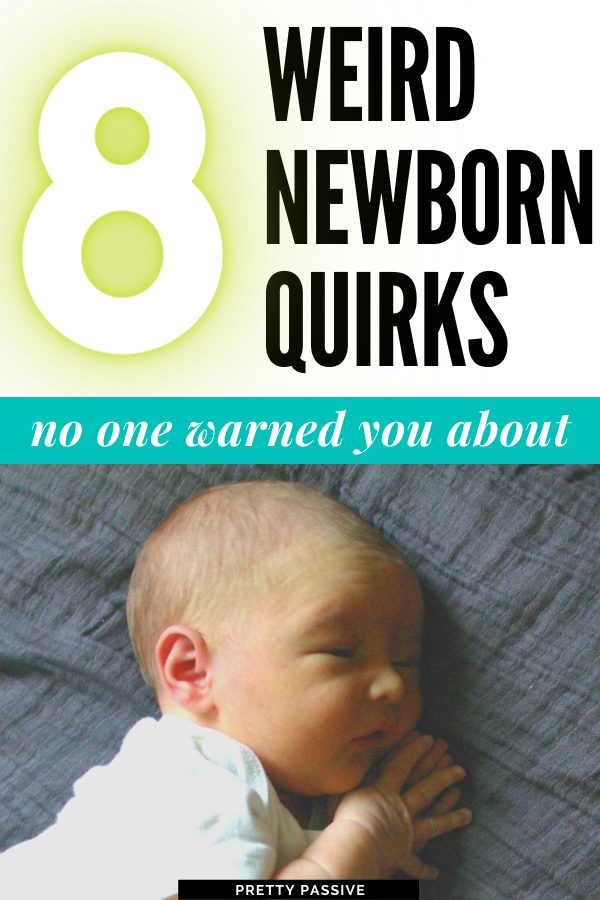